Dutch-mexican mezzo-soprano Itzel Medecigo made her studies on Bel Canto at the Superior School of Music in Mexico City, and on Music Performance at the Utrechts Conservatorium in The Netherlands.

In 2007 the prize for the “Best Interpretation of Mexican Music” was awarded to Itzel at the Maritza Alemán Singing Competition. In 2013 and 2015 she took part in the Talent Development Program of De Nationale Opera in The Netherlands.

As a soloist, Itzel Medecigo has given recitals at various concert halls in Mexico, Australia, Austria, Germany and The Netherlands. As a recitalist, she has gone beyond the music and made connections with other disciplines, such as dance and design. Her opera repertoire ranges from Purcell to Bel Canto to living composers; in roles like Carmen, Flora, Dido, Dalila, Amneris, and including the wold premières of the music theatre play “One Legatura to be plucked” by Danai Bletsa (2011),“Over” by Rick van Veldhuizen for the Opera Forward Festival of De Nationale Opera (2016), and “Requiem” by Gavin Bryars, commissioned by The Dutch National Ballet (2019).

This biography is exclusively for use on this website. For an updated biography please make contact through itzel.medecigo@gmail.com 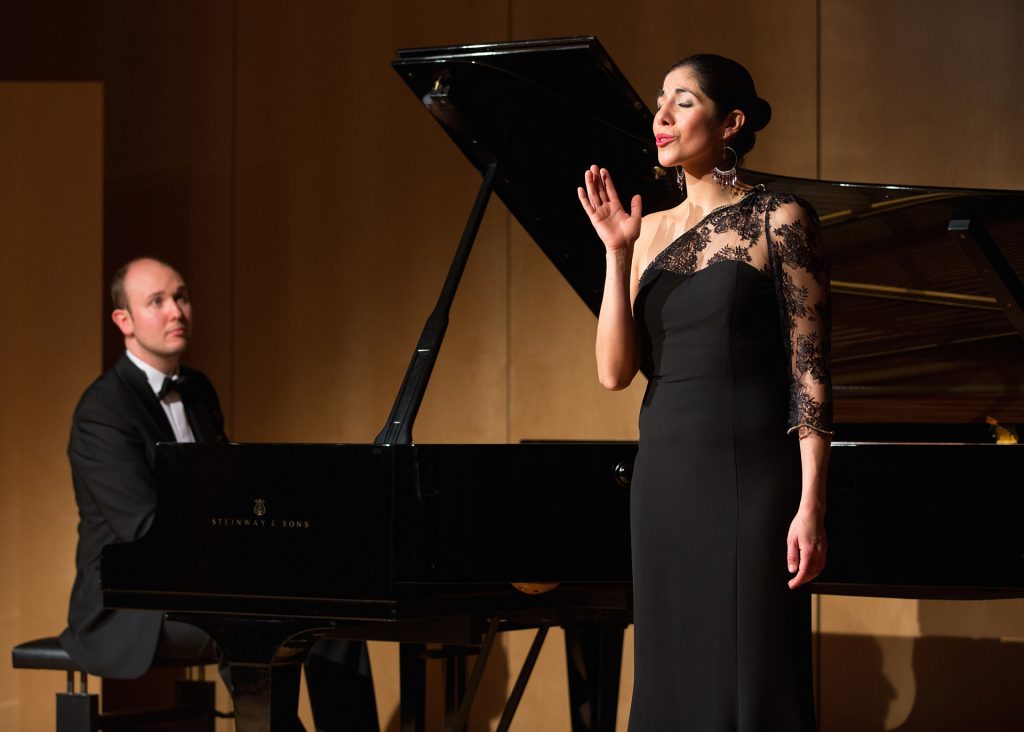